US Geologists are warning that we may face scarcity of traze-elements. They say reserves of Zinc will be the first to be emptied within only 21 years (USGS). Zinc is scarcer than phosphorous.

Zinc is an essential trace element, necessary for plants, animals, and microorganisms. Zinc is found in hundreds of specific enzymes... It is “typically the second most abundant transition metal in organisms” after iron and it is the only metal which appears in all enzyme classes.” Wikipedia,18/10/2013. In other words, Zinc is quite important for life in the planet as we know it now.

Agricultural experts point to the dangers of scarcity of this element for agriculture and public health. After 60 years of green revolution agricultural soils lack zinc among other trace-elements. Crops, animals and humans are more than ever sensitive to new diseases. Public opinion is sensitive and decision makers at top levels mobilize resources to tackle this new threat. 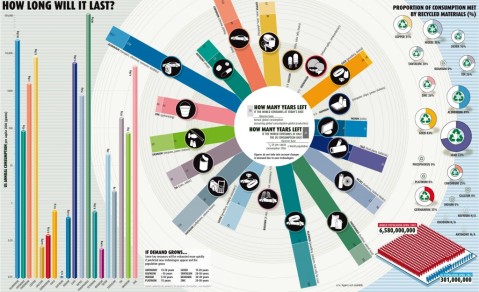 Source: Infographic by Armin Reller of the University of Augsburg and Tom Graedel of Yale University.

Zinc as all other elements do not go anywhere after plants, animals and humans use them. They stay in the planet, normally accumulated in land fields , mixed in toxic concentrations or lixiviated. The Canadian Geologist Peter van Straaten, shows that Zinc is abundant in many rocks and soils in the earth. Zinc is actually the 24th most abundant element on the earth crust (Wikipedia,18/10/2013)

Scarcity refers to the difficulty of the industry to isolate a element with their current resources (money and technology). Isolation of micro nutrients is only interesting for industry (mainly for galvanizing processes, for batteries or making many alloys). Scarcity affects also to the fertilizer industry is also interested in isolated zinc to bottle it and sell it. 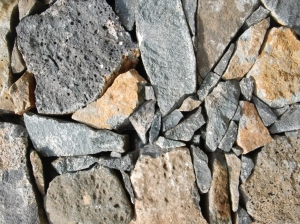 On the contrary, isolation is not desirable for the farmers. Therefore, scarcity for industry is not the same as scarcity for agriculture. Farmers prefer to have low concentrations of micro nutrients in the soil and well balanced proportions to avoid toxicity. Hence for agriculture there is not such scarcity of Zinc. Basalt rocks and Shale have on the average 100 mg/kg of zinc. Granite has 40 mg/kg. Farmers can apply zinc only adding rock dust to the soil (van Straten, 2007). This zinc might not be bio-available to plants but it can be easily extracted by soil microorganisms. The scarcity is in the educational programs that do not train farmers nor engineers to make abundant agro-minerals available to plants.

Rocking soils support farmers to develop their own strategies with simple technology to achieve self-supply of nutrients and water. Technology affordable to all pockets of all countries. A farmer who spread rock dust in a living soil (with air, water and organic matter) will have no problems with Zinc.